The hidden world of Barcelona

Last week an eleven-year-old English student of mine excitedly told me that he had been on a school trip to some ‘really awesome’ caves just outside Barcelona. ‘There are caves near Barcelona?!’ was my initial reaction, since in the three years I’ve lived here, I’d never once heard of any. ‘Yes, Salnitre Caves, and they are reeeally cool! It’s just like Indiana Jones! And you can go down really deep and it’s really dark and really big and people say the Devil lives there!’ Bless him, he was practically bubbling with enthusiasm. I however, was perplexed. What, and where the hell were these caves? I asked myself. If they really were 'sooo cool', how was it possible that I was completely oblivious to them? How come nobody had ever told me about them? My friends here are so proud of everything Catalan, surely they would have made me go and visit these caves if they really were worth their salt? Needless to say, it was time to investigate.

Google informed us that these caves were to be found in the vicinity of legendary Montserrat, so off we headed in its direction, hoping to find a signpost along the way that would point us toward this mysterious Salnitre. After a rather blind ‘hoping for the best’ type drive, we finally approached an informative arrow, a sharp bend and a steep and hair-raising climb. I dared not look down as we swirled around Montserrat’s rocky environs, but as the surrounding scenery became increasingly spectacular, I could sense we were on to something.

Soon the road forked and offered two options - coves and centre historic. We decided on coves and soon pulled up at a dusty wooden booth that served as Salnitre ticket/information office. We had at least clarified then, that the caves did exist. The young man who served us seemed bored stiff, but I guess that was understandable being stuck in a glorified box all day, no matter how amazing the views are. He informed us that a tour of the caves was about to start and that we should hurry on up to the entrance and join in. We took his advice, but ‘hurrying on up’ was easier said than done. The path became increasingly steep and stony and the midday heat of the sun had decided to play havoc with us. The higher we got however, the more spectacular the landscape became, and at a stone’s throw away in the distance we could see that there lay a quaint and sleepy medieval town. We decided that it would be a must for a post-cave lunch, and it gave us the nudge we needed to carry on.

Before long the path gave way to a small stairway which lead up to the rock face and a dark, intriguing opening. Suddenly, out popped a chirpy young lad. ‘You here for the cave tour? Come on in!’. And so we followed. We were sat down for an introductory video about the history of the caves, and learned of a variety of curiosities, one of the most interesting being that the Catalan hero, Antoni Gaudí, had taken his inspiration for his Sagrada Famila from the strange and wonderful rock formations found in Salnitre. This caught my attention, and I was eager to once and for all delve into this mysterious cave. There seemed to be a strange promise hovering in the air, that whispered that we would not be disappointed, that we were about to discover a long lost secret.

We followed Joan, our guide, down some cobbly, wobbly steps and suddenly found ourselves plunged into deep and astounding cavities. I was mesmerised. All around us vast, weird and wonderful stalactites and stalagmites dramatically shot upward from far below or fiercely protruded from high above. Sensational shapes, strange formations and fascinating labyrinthine passages lead us to a different world, a world we had only seen in films. It felt as though at any given moment a magical, monstrous being could pop out from nowhere, as though the rocks could suddenly come alive. Dark shadows were thrown into a plethora of shapes and sizes and the further into the cave we ventured the more they played tricks on the mind. We began to see creatures in the rocks, their faces, their bodies, haunting, fiendish, bewitching.

I was perplexed as to how I had never heard of this place. How was it possible, that a place so beguiling, so intriguing was so far off the tourist radar? How was it possible that this was not one of the main attractions of Barcelona? We asked Joan, whose response was ‘people in the next village don’t even know about the cave, so you can hardly expect tourists to know about it’. But why? How can a place so fascinating be so unknown, be such a secret.

Having said that, perhaps it’s better that way. Perhaps it’s better that it remains hidden away and saves itself from the circus-like curse of mass tourism. I can see it now, a cafeteria amidst the cavities. Please… please no. Salnitre is far too special. Far too unique. And one of the greatest secrets of Catalonia… 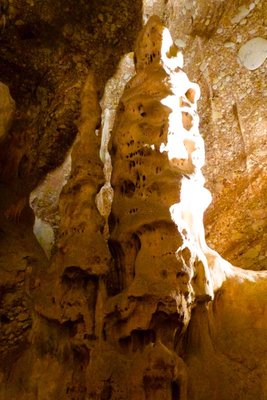 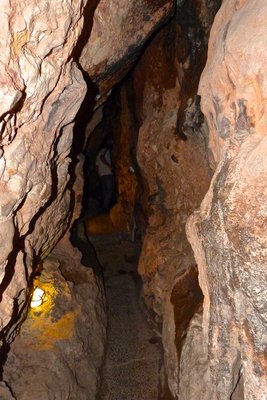 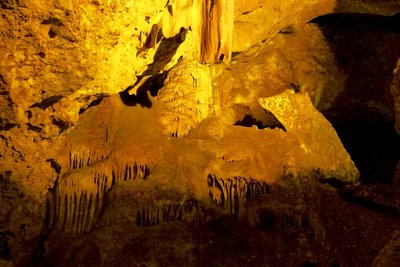